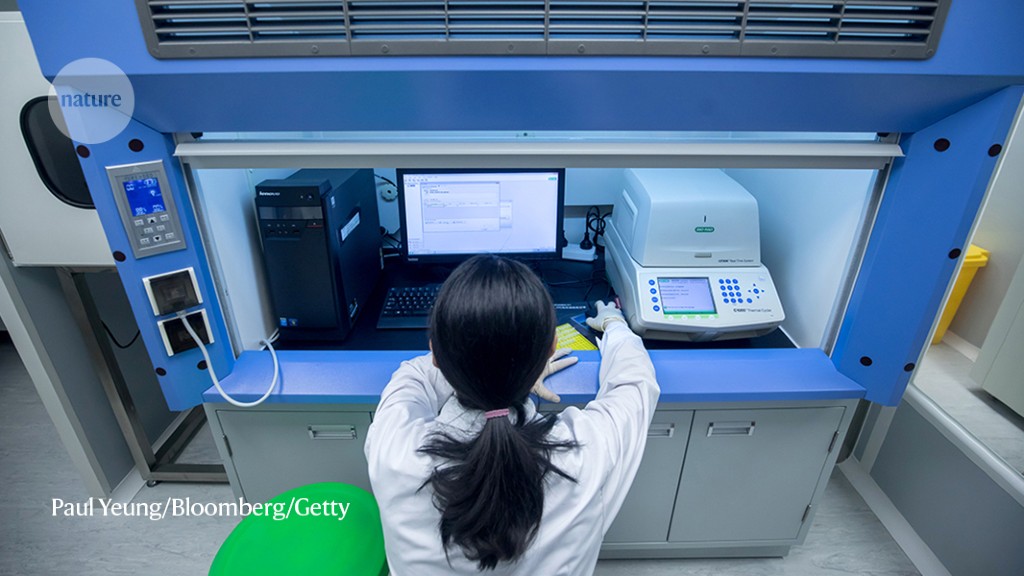 China is expanding its control over the use of genetic data from people in the country, including for scientific research. Researchers say this approach is making it harder for scientists there to collaborate with international peers.

A set of draft guidelines, released by China’s Ministry of Science and Technology (MOST) in March, are the latest in a series of government orders on managing genetic resources — including biological samples, such as organs, tissues and blood, that yield DNA, and the data gleaned from sequencing them.

The guidelines provide detailed instructions on how to interpret and implement existing regulations. This includes 2019 and 2021 laws that restrict Chinese organizations from collecting certain types of genetic information and from sharing genetic resources with foreign groups.

The guidelines “paint a picture of increasing control”, says Jonathan Flint, a geneticist at the University of California, Los Angeles, who in 2015 published the results of a large collaboration analysing genetic data from people in China in Nature1. “The regulatory landscape has shifted since then.”

Government officials say restrictions on the use of genetic data are designed to increase protection of this resource. They were developed in response to companies exporting genetic data without permission, as well as other incidents, including the explosive revelation by Chinese researcher He Jiankui that he had created the first babies with edited genomes in 2018.

Many countries control how their citizen’s DNA data can be shared, but most wealthy countries facilitate data sharing for research, says Arcadi Navarro, a geneticist at Pompeu Fabra University in Barcelona, Spain. In contrast, a history of scientific exploitation in low-income countries and those with vulnerable ethnic minorities has resulted in some nations introducing strict data-sharing rules that are similar to China’s, he says.

Shuhua Xu, a geneticist at Fudan University in Shanghai, China, says he supports the regulation of human genetic resources in principle, but thinks some of the requirements under the latest guidelines are too restrictive and will deter scientists from doing genetics work. These include the need to conduct a ‘security review’ to share data involving groups of more than 500 people, which is a relatively small number for studies on genetic diseases.

Under China’s rules, foreign organizations can only collect and store genetic information from Chinese citizens if they partner with a Chinese institution — and they need ministry permission to do so. Researchers say these requirements are making it hard for scientists in China to collaborate with international peers and to publish work in international journals that require data to be deposited in public repositories.

Xu says applying for permission from the MOST is complex and time-consuming. And it’s often unclear why permission is granted in some cases and not others. Last year, he published a study with US colleagues on the ancient origins of a gene found in Tibetan people, after being granted permission to share the data. But the MOST has previously rejected his requests to share data with international collaborators for studies on the genetic diversity and ancestry of ethnic groups, and he has heard of colleagues’ rejections. Rejections come with limited feedback on the denial, says Xu, who adds that many of his international collaborators have stopped asking for data.

The process might have improved since Xu’s last application in early 2021. The MOST website reports that, every month this year, it has approved several hundred applications to share data in international scientific collaborations — but it is not clear how many have been rejected.

Navarro worries that China’s increasing control will make it harder for Chinese scientists to deposit genetic data on publicly accessible repositories for researchers outside China to use. But so far, he hasn’t noticed a drop in the number of submissions from Chinese institutions in the European Genome-phenome Archive (EGA) — a repository for genetic and phenotypic data that he is a group leader of.

Ultimately China’s restrictive data-sharing policies will hurt local researchers the most because they will be isolated and “left out of the human genetics community”, says Flint. “It is a great shame.” In August 2021, he received a grant from the US National Institutes of Health to study the genetic causes of depression in people in South Korea, which he did not conduct in China because of the strict rules there.

Xu says he has been reluctant to join international genome consortiums, such as the COVID-19 Host Genetics Initiative, in the past few years because of the potential issues with sharing data. He thinks other Chinese researchers have probably made the same decision.

But the regulations might not be affecting all areas of population genetics. Choongwon Jeong, a population and evolutionary geneticist at Seoul National University, who studies ancient genomes, says the regulations haven’t affected his partnerships with Chinese researchers. But he worries that China’s tightening control could threaten this work in the future.

How Saturn’s Moons Could Help Us Live in Space
How Big Is Planet Earth?
The Scientist Who Made the Internet Possible | Great Minds: Narinder Singh Kapany
NASA’s Psyche Mission to an Asteroid: Official NASA Trailer