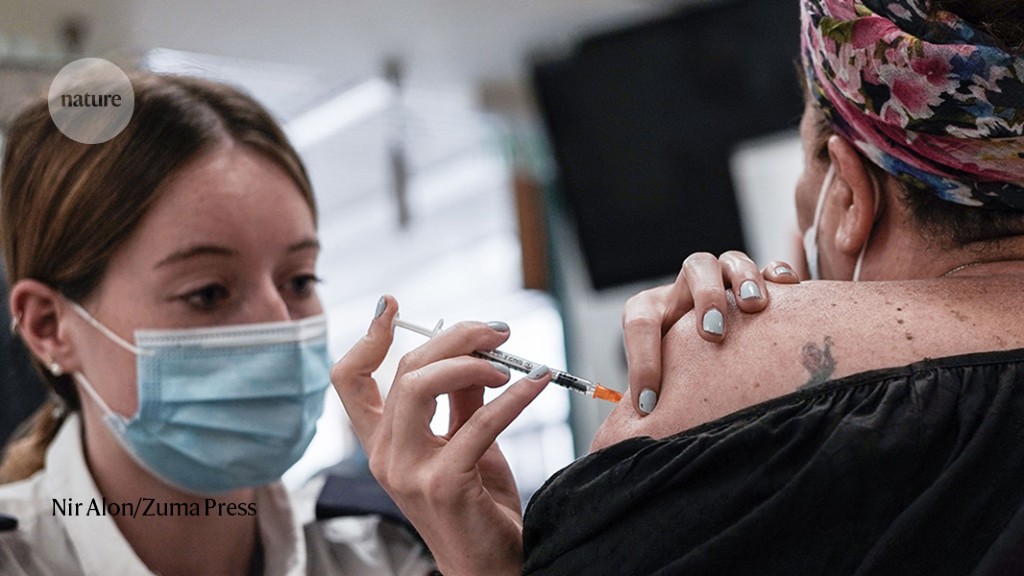 Older Israelis who have received a third dose of a COVID-19 vaccine are much less likely to test positive for SARS-CoV-2 or to develop severe COVID-19 than are those who have had only two jabs, according to a highly anticipated study published on 15 September1.

The standard regimen for messenger RNA-based COVID-19 vaccines is two doses, but some governments, including Israel’s, have started administering third ‘booster’ shots. The latest study evaluated 1.1 million Israelis over the age of 60 who had received their first two doses at least five months earlier. Twelve or more days after receiving a third jab, participants were about 19.5 times less likely to have severe COVID-19 than were people in the same age group who had received only two jabs and were studied during a similar time period.

“It’s a very strong result,” says Susan Ellenberg, a biostatistician at the University of Pennsylvania in Philadelphia, who adds that the data might be the most robust she has seen in favour of boosters. But potential biases in the data leave some scientists unconvinced that boosters are necessary for all populations — and the data do not dispel concerns about vaccine equity when billions of people are still waiting for their first jab. 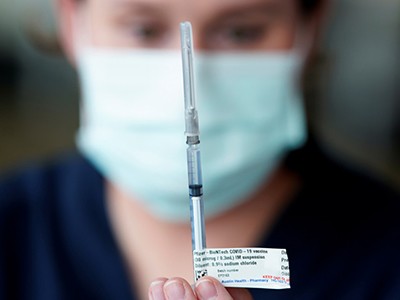 What it will take to vaccinate the world against COVID-19

Israel, which got an early start on vaccinating its population, began offering third doses of the Pfizer–BioNTech vaccine in July, to people aged 60 and over. The latest analysis links the third jab not only with a significant reduction in severe COVID-19, but also with an 11.3-fold reduction in SARS-CoV-2 infections.

But Ellie Murray, an epidemiologist at Boston University in Massachusetts, cautions that observational studies such as this analysis can contain biases that are difficult to identify and account for. For example, people who sign up to get a booster might have a different risk of COVID-19, or behave differently, from people who do not get a third jab.

Ellenberg says that the authors try to address some of these potential biases. Even if not all biases have been eliminated, she says, the magnitude of the effect suggests that the booster offers some protection, at least in the short term. The authors of the study could not be reached before publication.

The findings come as a slew of wealthier nations consider offering booster shots. An advisory committee of the US Food and Drug Administration (FDA) will discuss Pfizer’s application to supply boosters in the United States on 17 September. One of the authors of the Israeli study is slated to present data to the committee.

Murray argues that the potential biases in the data, and insufficient evidence for waning immunity after vaccination, mean that the latest findings don’t indicate a “strong need” for boosters. “From a public-health perspective, it’s way, way more impactful to get more people vaccinated than it is to boost the vaccine effectiveness by a few percentage points in those who have already gotten the vaccine,” she says.

Murray is not alone in finding the Israeli results insufficient to justify boosters. A review2 published on 13 September by a team that includes two high-ranking FDA scientists cites a preprint3 of the study and notes that the short-term protective effect documented in Israel “would not necessarily imply worthwhile long-term benefit”.

Dvir Aran, a biomedical data scientist at Technion — Israel Institute of Technology in Haifa, says that Israel has deployed boosters to stop transmission in younger people and to prevent severe disease and deaths in older people.

“Is it the best way? Whether a two-week lockdown would have given a similar result, I can’t answer that question,” he says. “But it’s an interesting approach, trying to stop an outbreak like this with vaccinations.”

Insights into the origins of pancreatic cancer

Virus-induced senescence is driver and therapeutic target in COVID-19

The tangled history of mRNA vaccines

A New Origin Story for Mars’s Moons
The Chiliagon
Is That Shiny Thing Pretty, or Are You Just Thirsty?
Our Next Mission to Mars, and How the Sun Will Kill the Internet
The most famous pulsar in music history