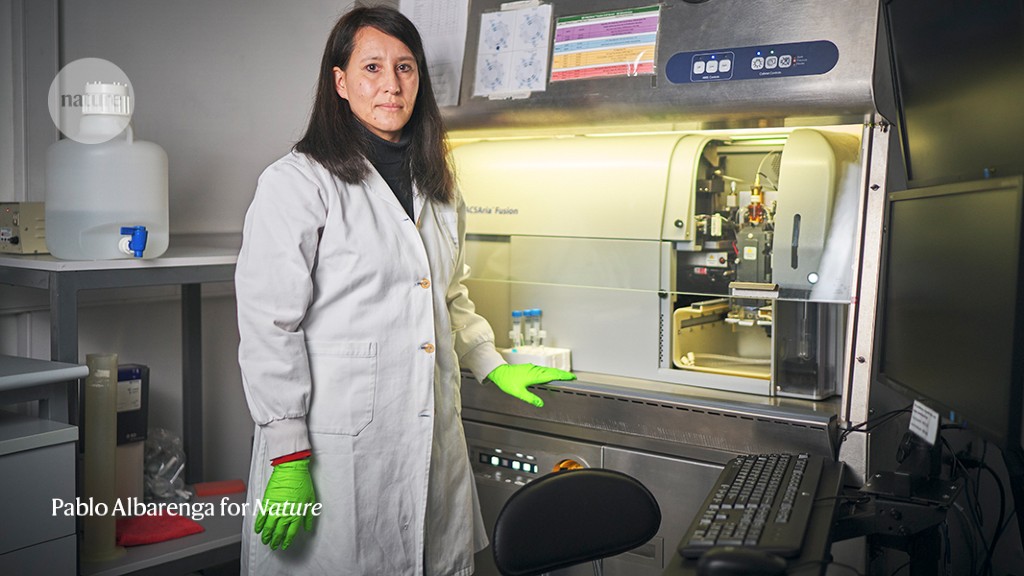 In this image, I am using a cell sorter to isolate dendritic cells — a type of blood cell — from mice with cancer. There are relatively few of these cells in the body, but they have a crucial role in the function of the immune system. They incite the immune system to act against ‘invaders’ such as tumours, viruses and bacteria.

I studied medicine at the University of the Republic in Montevideo. In 2003, I moved to France with my husband, Marcelo Hill, who was studying for a PhD in immunology in Nantes. I did my medical internship at the hospital there.

During that year, I became curious about what happens before patients reach the hospital: I wanted to help people before they start to feel ill, as opposed to just trying to treat symptoms. I started a master’s degree in immunology, and followed that with a PhD — also in immunology.

We stayed in France working as scientists for ten years — both of our children were born there. In 2013, however, we decided to return to Uruguay to share the knowledge we had acquired and to advance our careers in our home country. My husband got the chance to set up his own lab, at the Pasteur Institute of Montevideo, where I work as an associate researcher.

It’s very productive to have my husband as a colleague: our minds are used to working well together.

In the lab, the two of us, alongside eight others, are working on a project studying the protein TMEM176B. Our team showed that this protein keeps dendritic cells from triggering inflammation; inhibiting it could play a crucial part in the fight against cancer, and boosting it could help the process of organ transplantation.

I always look forward to seeing our findings adopted by the medical community, but it can take decades to happen, which can be annoying.

I think to be successful in this career, you must have passion, patience and — above all — a tolerance for frustration.

The Math and Mystery of Murmurations
The Most Extreme Complex Life in the World
How to Escape Quicksand
A Universe of Possibilities to Explore at Home on This Week @NASA – April 3, 2020
This Hot Jupiter Is Leaking Metal! | SciShow News