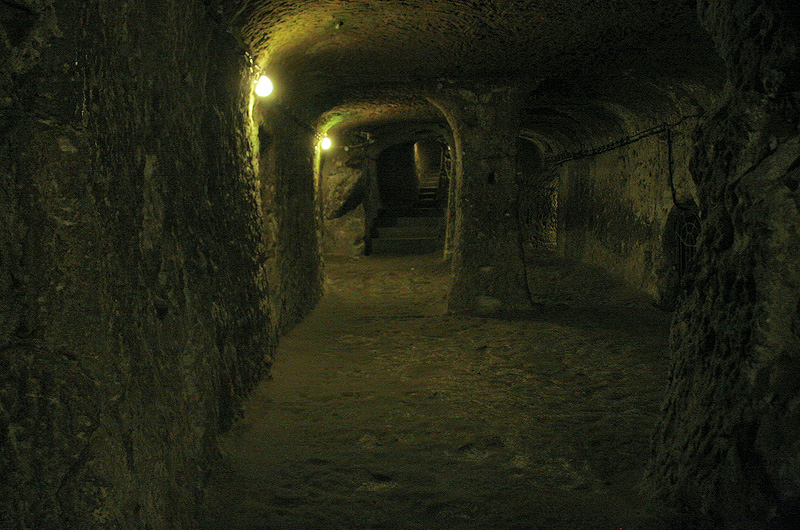 A man tears down one of the walls in his basement and discovers that there is an underground city behind it.

According to reports, the anonymous Turk smashed his wall with a sledgehammer and found a tunnel behind it that led to more tunnels and some levels. It later turned out to be an underground city that was 18 stories deep. The subterranean city had a chapel, schools, and stables.

The city was identified as Derinkuyu. It had been abandoned for centuries.

Archeologists from the Turkish Department of Culture estimate that the underground complex had a capacity of 20,000 people. They added that work on the underground city may have begun as early as the eighth and seventh centuries BC.

Manuscripts dating back to 370 B.C.E. mention that underground cities were about the size that a family could keep animals and store food. 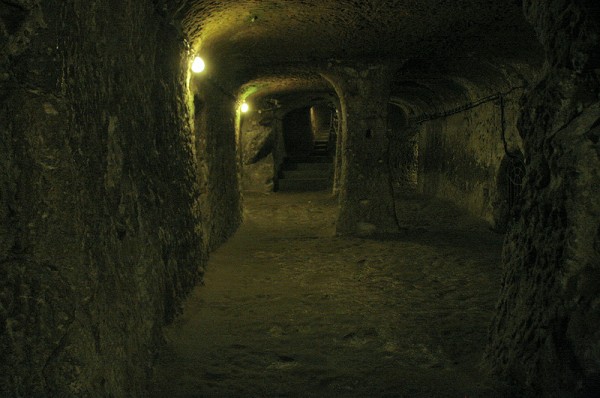 When Derinkuyu reached its peak in the Byzantine period, roughly from 395 A.D. to 1453 A.D., it was developed into a labyrinth of tunnels, chambers, and rooms. The network of tunnels and corridors concealed hidden entrances, ventilation shafts, wells, and water channels.

The underground city is well ventilated, with more than 15,000 shafts, about 10 cm wide, reaching the first and second levels of the city.

The upper levels, which were the best ventilated, were used as living and sleeping quarters. The lower levels were used mainly as storage and dungeons.

The experts stated that the cities were probably used for defense. Residents in the lower levels could cut off the water supply in the upper levels. This would prevent enemies from poisoning the supply in the community.

Entrances can be blocked from the inside with rolling stone doors. The passageways were built so narrow that attackers would have to line up when trying to attack the community.

Inhabitants of the Hidden City

The experts pointed out that over the centuries different people found refuge in the city. When Christians fled Roman persecution, they used the city as a haven. Muslims also used it for protection during the Arab-Byzantine wars from 780 to 1180.

Still, others claim that native Christians built the city in the first centuries AD. The most recent additions and alterations to the complex bear a distinctly Christian imprint and date from the 16th to the 10th centuries.

Many other underground cities have been discovered around the world. Some caves resembling Derinkuyu were also used as refuges from danger. The last record of the use of caves by humans dates back to 1909.

How Big Is Planet Earth?
NASA’s Psyche Mission to an Asteroid: Official NASA Trailer
The Scientist Who Made the Internet Possible | Great Minds: Narinder Singh Kapany
How Saturn’s Moons Could Help Us Live in Space