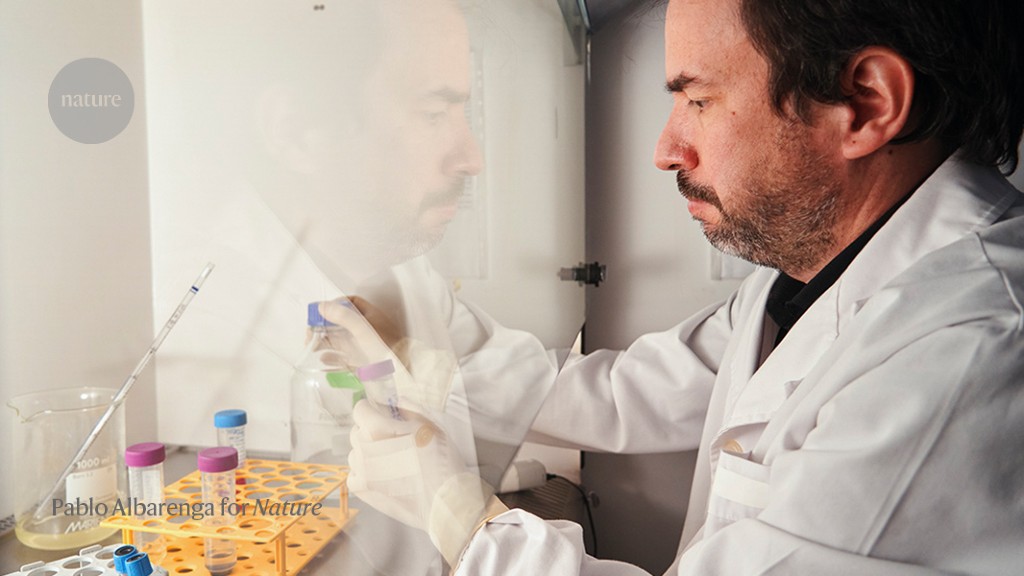 You could say that medicine is in my blood. My father was a surgeon. My grandfather, Rafael Hill, was also a medical doctor. In the 1960s, he founded the Evangelical Hospital in Montevideo.

I study medicine that’s literally in the blood. In this photograph, I’m processing T cells from the blood of healthy donors, to compare them with T cells from people with melanoma who are being treated with antibodies. The antibodies block PD1 — a protein that inhibits the immune response. Ultimately, my team and I want to find out whether this immunotherapy, which we have used successfully in animal models, will work in humans.

I did my PhD and postdoc in France before returning to Uruguay to launch my laboratory at the Pasteur Institute of Montevideo, where I work with a very motivated team.

I met my wife, Mercedes Segovia, during my undergraduate degree here in Uruguay. We’ve been together ever since — we moved to France together and made the decision to return to Uruguay together, too. She is an immunologist and we work together closely.

Uruguay presents more challenges to a researcher than Europe. Infrastructure, equipment, technology and financing can be difficult to access. Public investment in science is only around 0.4% of Uruguay’s gross domestic product. In France, that figure is around 2%.

On top of that, the scientific community is quite small, so we sometimes lack expertise in certain areas. But this gives us the opportunity to build bridges. My lab has healthy collaborations with others in Argentina and Brazil, for instance.

With some partners, I’ve also launched a pharmaceutical start-up company, ARDAN Pharma. The goal is to bring the cancer immunotherapies we’ve developed to the market.

The Math and Mystery of Murmurations
Launch Recap: NASA and SpaceX fly Astronauts to the Space Station
A Universe of Possibilities to Explore at Home on This Week @NASA – April 3, 2020
The Most Extreme Complex Life in the World
This Hot Jupiter Is Leaking Metal! | SciShow News