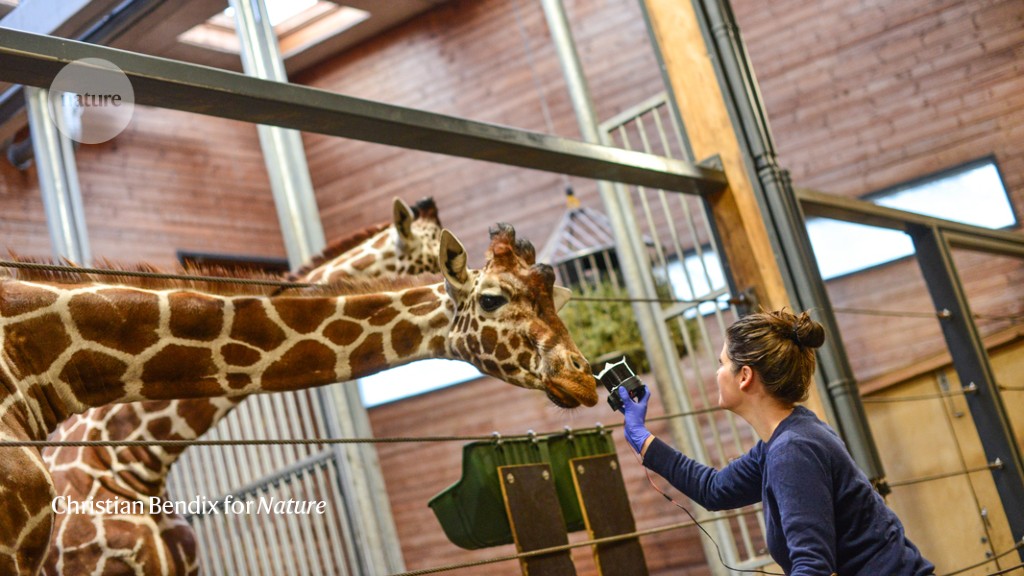 In this picture, taken in February at Copenhagen Zoo, I’m holding a vacuum device equipped with a tiny fan and filter. The devices — we call them air samplers — are designed to collect DNA samples from the air. We deployed three samplers at the zoo: one in a stable with two okapi (Okapia johnstoni) and two duikers, one in a rainforest house and one outside, near an exhibit of animals that live in the African savannah.

At best, we had hoped to detect nearby animals in small enclosures — an okapi in the stable, for instance. But as we reported in Current Biology, the devices outperformed our expectations (C. Lynggaard Curr. Biol. 32, 701–707; 2022). They picked up identifiable DNA from 49 vertebrates, including guppies in the rainforest pool, ostriches and giraffes in the savannah area, and even cats and dogs in the park next door. Interestingly, we didn’t get any signal from turtles in the rainforest house. Maybe turtles mostly keep their DNA to themselves.

Our analysis ultimately found that the sampler could detect animals from nearly 200 metres away. The giraffe in the picture is standing much closer than is necessary for collection of a sample.

Airborne DNA is all around us. Birds release skin cells when they flap their wings. Saliva from all sorts of animals can become airborne. Animals release DNA when they defecate. In November 2021, I received a grant to start a research group whose goal is to collect airborne DNA in nature. This approach could transform conservation biology and species monitoring. We could detect rare animals and get a better understanding of diversity without disturbing an environment.

We have so many lines of inquiry in this work. The location of the samplers, the rates of air flow, the time, the best methods for sorting DNA from the sample — we’re still trying to work all of these out. We hadn’t expected that the zoo experiment would ever work, so we’re scrambling to plan the next steps. It’s an exciting time.

Artemis I Launches to the Moon (Official NASA Recap)
You’re wrong about Charles Darwin’s favorite animal. #shorts #science #SciShow
How Washington Became a Ship Graveyard: A SciShow Field Trip #3
Why You Should Stop Throwing Out Your Eggshells
12 BEST Kinect HACKS