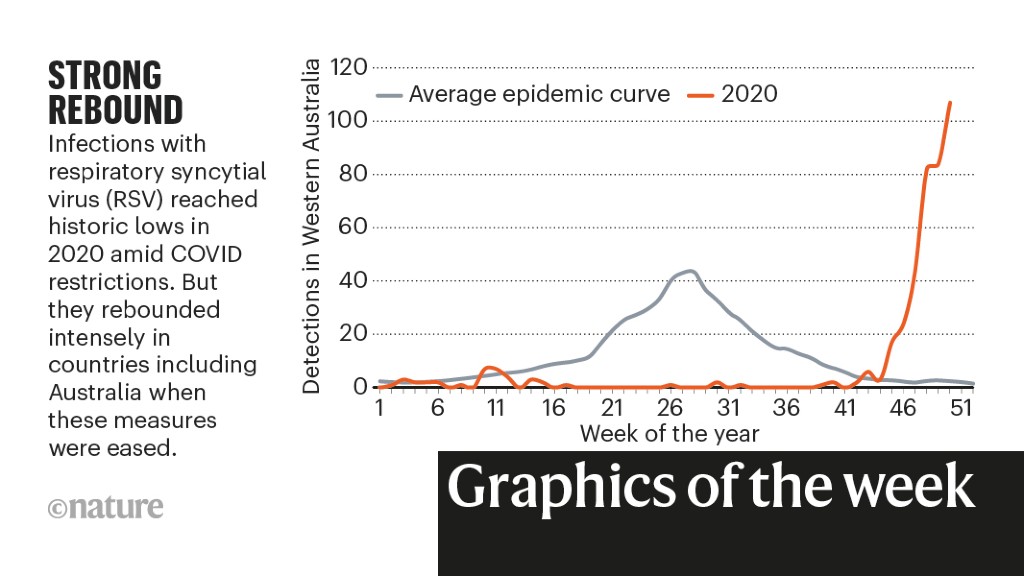 Why winter viruses are behaving weirdly

Pandemic response measures such as social distancing suppressed other viral infections: seasonal influenza almost vanished for most of 2020 and 2021. Now, as pandemic restrictions ease, some respiratory viruses are returning in unexpected ways. Infections with respiratory syncytial virus (RSV) were at a historic low for a year and then started rising months later than usual, in April 2021. They were still climbing at the end of August. RSV usually causes mild cold symptoms — but is also responsible for about 5% of deaths in children under 5 worldwide.

A survey of more than 300 scientists who have given media interviews about COVID-19 — many of whom have also commented about the pandemic on social media — has found wide experience of harassment or abuse. Some 15% said they had received death threats and 22% had received threats of physical or sexual violence. Scientists in fields such as climate change and vaccination have drawn similar attacks in the past, but even researchers who had a high profile before COVID-19 told Nature that the abuse was a new and unwelcome phenomenon tied to the pandemic.

Nature’s survey suggests that even though researchers try to shrug off abuse, it might already have had a chilling effect on scientific communication. Those scientists who reported higher frequencies of trolling or personal attacks were also most likely to say that their experiences had greatly affected their willingness to speak to the media in the future.

‘I hope you die’: how the COVID pandemic unleashed attacks on scientists

Why no mention of overpopulation in talk of food systems?

Why COVID vaccines didn’t win a science Nobel this year

China’s COVID vaccines have been crucial — now immunity is waning

COVID scientists in the public eye need protection from threats

Genomic reconstruction of the SARS-CoV-2 epidemic in England

COVID super-immunity: one of the pandemic’s great puzzles

China’s COVID vaccines have been crucial — now immunity is waning

The Deepest Hole in the World, And What We’ve Learned From It
How Washington Became a Ship Graveyard: A SciShow Field Trip #3
Can it be too cold to start a fire? @PBS Eons #shorts #science #SciShow
Your Brain and Stress | Compilation
The Old Sailors’ Tool That Saved Apollo 13