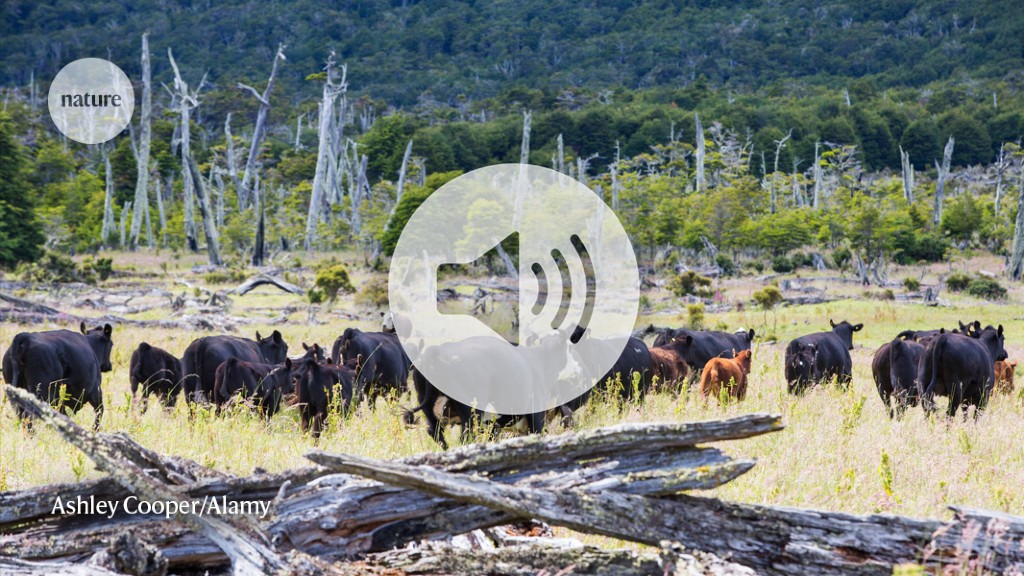 Listen to the latest from the world of science, with Benjamin Thompson and Nick Petrić Howe.

00:46 How a move to microbial protein could affect emissions

It’s well understood that the production of meat has large impacts on the environment. This week, a team show that replacing 20% of future meat consumption with protein derived from microbes could reduce associated emissions and halve deforestation rates.

News and Views: Mycoprotein produced in cell culture has environmental benefits over beef

How saltwater crocodiles’ penchant for pigs is driving population recovery in Australia, and solving the mystery of some eighteenth-century porcelain’s iridescent lustre.

Research Highlight: The nanoparticles that give a famed antique porcelain its dazzle

Female Aedes aegypti mosquitoes strongly prefer human odours to those of animals, but how they distinguish between them is not well understood. Now, researchers have shown that human odours strongly activate a specific area in the brains of these insects, a finding that could have important implications for mosquito-control strategies.

We discuss some highlights from the Nature Briefing. This time, how climate change could affect virus transmission between mammals, and how the link between a dog’s breed and its temperament may not be as close as previously thought.

Subscribe to Nature Briefing, an unmissable daily round-up of science news, opinion and analysis free in your inbox every weekday.

Why Over 600,000 Bird Specimens Are Preserved At The Smithsonian | Colossal Collections
Two Unbelievable New Transplants That Actually Worked
Try This Airplane Experiment At Home | Outrageous Acts of Science
Highlighting the Most Powerful Rocket Ever Built at Artemis Day
What If You Survived The Apocalypse?