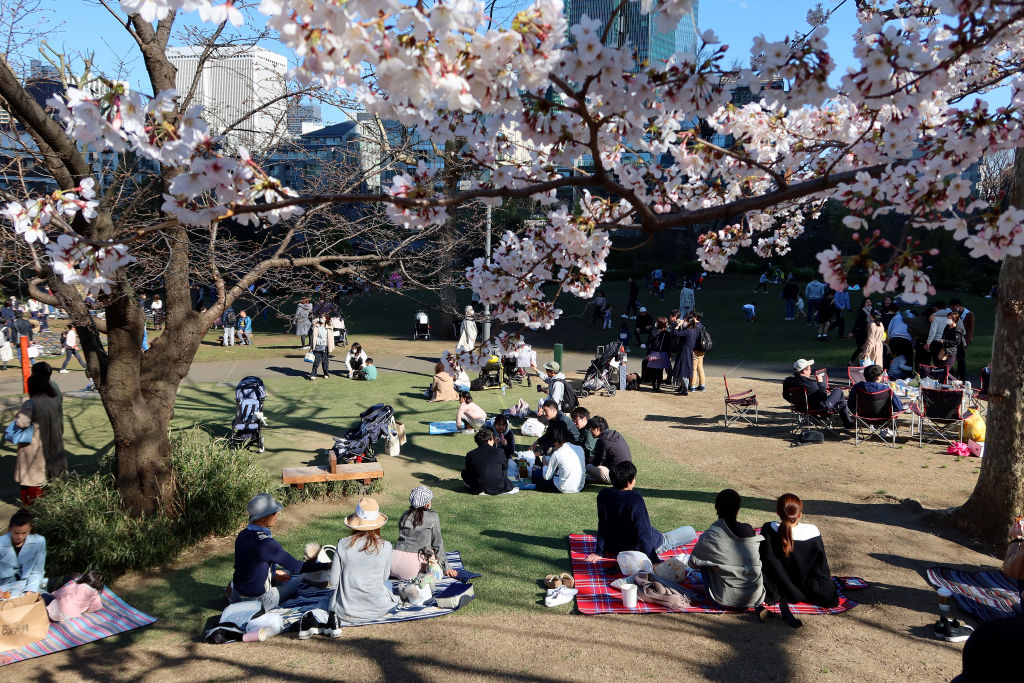 Japan eases its two-year pandemic-related restrictions to commemorate the long-awaited hanami season, one of the most popular times of the year in Japan.

Just like in many countries, the cherry blossom season marks the arrival of warmer weather, traditionally embraced by locals. As the beautiful pink colors peak this month, crowds gather to view the two-week blooming period. However, the lifting of the quasi-emergency restrictions sparked concerns for several cautious Tokyo folks, worried that the event may fuel resurgence, according to The Guardian.

Since the Covid-19 measures have been relieved on 21 March, the country has seen notable rise in infections, between 20,000 and 40,000 cases daily. Nonetheless, the flower blossoming seems to make some people feel like life has finally gotten back to normal after 2 years.

“Here in the downtown area, people have waited for this for so long,” said Takanori Shiwaku, a 62-year-old cafe owner. 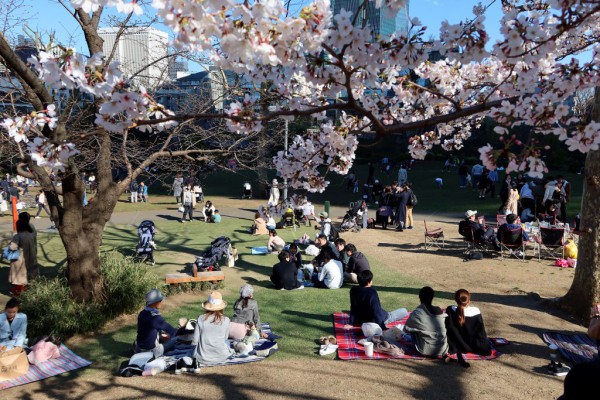 According to head of government’s coronavirus advisory panel, Shigeru Omi, hanami-goers were urged to wear masks and avoid crowded parties or places, and observe preventive measures in general sense. Municipalities also regulate the going in and out of large parks for blossom-viewing.

“Every year, rookie employees are asked to reserve spaces at Ueno Park for hanami,” Tokyo Gov. Yuriko Koike told the Japan Times. “But we want people to avoid holding such parties where people sit down and have food and drink, and simply stroll through” the park to look at the blossoms. “People may think it should be all right because it’s outdoors. But we have experienced clusters from barbecue parties in the past,” said Koike. “We need to be vigilant about a possible rebound (in cases).”

The Japan World Travel suggests the best time to view the beautiful cherry blossoms in Japan is somewhere between March and May, depending on the location and the weather conditions. The Kanto, Kansai and Kyushu regions tend to be the earliest to start while the Tohoku region and Hokkaido are the latest.

In Tokyo, cherry blossoms are expected to fully bloom on Monday. “I won’t ask people not to go for cherry blossom-viewing and not drink alcohol even for a bit,” Osaka Gov. Hirofumi Yoshimura said Friday. “But I want people to avoid partying hard with a large number of people.”

Japan’s record brings the country’s total to about 6.4m, including about 28,000 deaths.

The governor of Tokyo, Yuriko Koike reported that there is evidence of BA.2 subvariant of Omicron replacing the existing variant “with significant speed”. He advised Japanese people to prevent “taking hugs away from Italians”.

Related article: 80% of Traditional Orchards Vanished in England And Wales Ever Since 1990’s

The Spacecraft That Wasn’t Designed To Land, But Did
NASA Astronauts Robert Behnken and Douglas Hurley Are Coming Home!
Ancient Genetics that Occur Today: Atavisms Revealed
From The Mill To Your Glass, Here’s How Apple Cider Is Made
Artemis I Live Feed from Orion Spacecraft (Official NASA Broadcast)