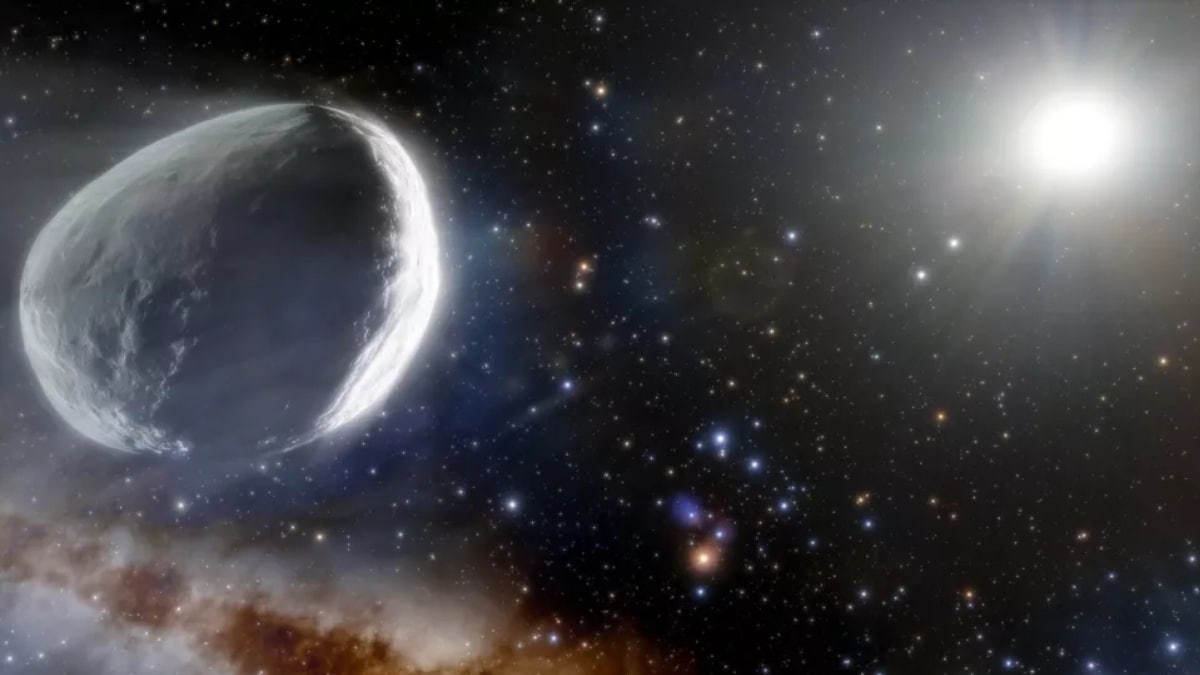 A gigantic comet — one of the largest ever seen — is heading toward the solar system. The comet, named Bernardinelli-Bernstein (BB), was discovered earlier this year and will reach its closest approach to the Sun in 10 years from now, around 2031. However, the comet poses no threat to the Earth. It is likely to pass between the orbits of Saturn and Uranus. According to the latest estimates, the comet’s length is about 62 miles (100 kilometres) across, which is 1,000 times bigger than a typical comet. Due to its enormous size, astronomers had mistaken the comet for a dwarf planet when it was discovered in June 2021.

The comet has been named after scientists Pedro Bernardinelli and Gary Bernstein who discovered it. At present, it’s located at the Oort cloud, which is about 29 times the distance between the Earth and the Sun, or 29 astronomical units (AU). When the comet would be closest to the Earth in 2031, its distance from the Sun will be around 10.97AU.

When the comet was discovered in June, a report published in the US-based NOIRLab — a centre for ground-based, nighttime optical and infrared astronomy — stated the comet “has an extremely elongated orbit, journeying inward from the distant Oort Cloud over millions of years.” The report also states that it’s the most distant comet to be discovered on its incoming path, giving researchers years to watch it evolve as it approaches the Sun.

A recent report by Live Science states that the comet will be so far from the Earth that humans won’t be able to watch it without a telescope. The report also goes on to state that this isn’t the first time that the comet is visiting the solar system. “After modelling the comet’s trajectory, the study authors calculated that comet BB made its last approach 3.5 million years ago, coming within 18AU of the Sun,” stated the report.

Since humans haven’t seen the comet before with its earlier approach being over 3.5 million years away, the researchers added that “BB is a ‘new’ comet”.

The discovery of the comet happened during a project called Dark Energy Survey. The aim of the project was to study the expansion of the universe. Astronomers had then discovered over 800 previously unknown objects beyond Neptune’s orbit. The BB comet was one such discovery.

Why don’t we just breathe nitrogen? #shorts #science #SciShow
The Story Of AsapSCIENCE
SciShow Quiz Show: The Ultimate Tiebreaker
The Chiliagon
How Vegan Leather Is Made From Mangoes