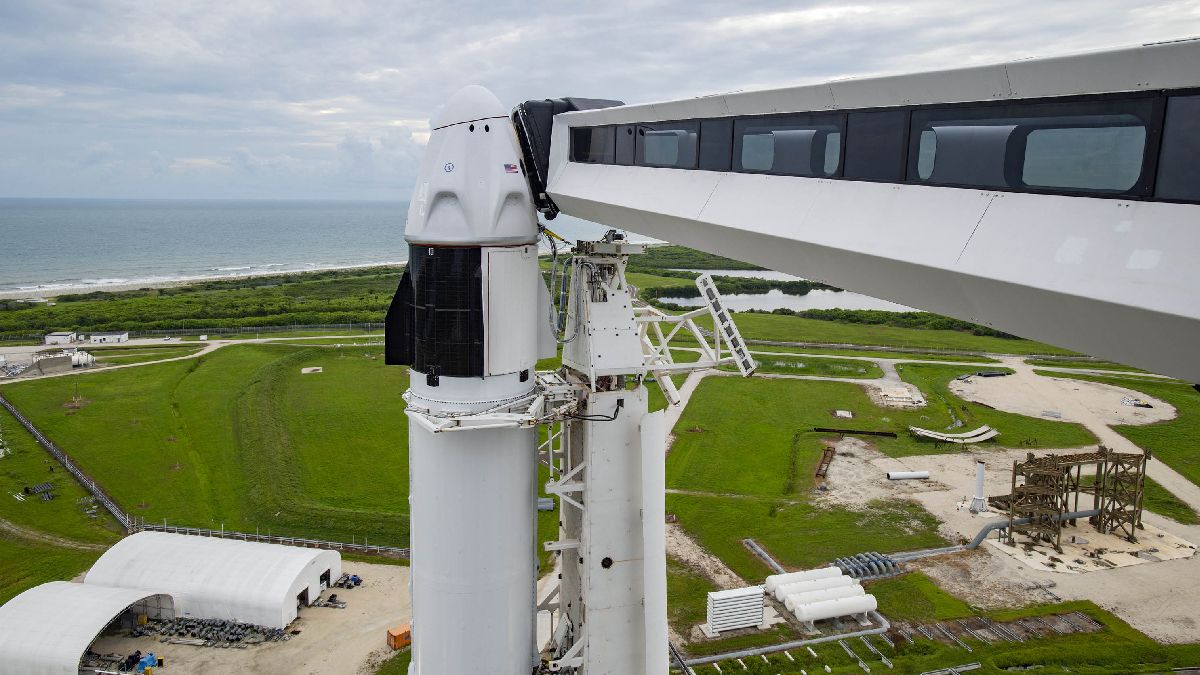 SpaceX is set to launch four people into space Wednesday on a three-day mission that is the first to orbit the Earth with exclusively private citizens on board, as Elon Musk’s company enters the space tourism fray.

The SpaceX flight has been chartered by American billionaire Jared Isaacman, the 38-year-old founder and CEO of payment processing company Shift4 Payment. He is also a seasoned pilot.

The exact price he paid SpaceX hasn’t been disclosed, but it runs into the tens of millions of dollars.

The mission itself is far more ambitious in scope than the few weightless minutes Virgin Galactic and Blue Origin customers can buy.

The SpaceX Crew Dragon will be flying further than the orbit of the International Space Station.

“The risk is not zero,” said Isaacman in an episode of a Netflix documentary about the mission.

SpaceX has already given no fewer than ten astronauts rides to the ISS on behalf of NASA – but this will be the first time taking non-professional astronauts.

Lift-off is scheduled for Wednesday from 8:00 pm Eastern Time (5:30am IST) from launch pad 39A, at NASA’s Kennedy Center in Florida, from where the Apollo missions to the Moon took off.

‘Are we going to the Moon?’

In addition to Isaacman, who is the mission commander, three non-public figures were selected for the voyage via a process that was first advertised at the Super Bowl in February.

Each crew member was picked to represent a pillar of the mission.

As we prepare to start a new week, four civilians are preparing to make history as part of the Inspiration4 mission launching in just a few days. Help us celebrate the @inspiration4x astronauts and wish them luck on their mission! pic.twitter.com/eA33dR22dy

The youngest, Hayley Arceneaux, is a childhood bone cancer survivor, who represents “hope.”

She will become the first person with a prosthetic to go to space.

“Are we going to the Moon?” she asked, when she was offered her spot.

“Apparently people haven’t gone there in decades. I learned that,” she laughed, in the documentary.

The 29-year-old was picked because she works as a Physician Assistant in Memphis for St. Jude’s Hospital, the charitable beneficiary of Inspiration4.

One of the donors secured the seat of “generosity”: Chris Sembroski, 42, is a former US Air Force veteran who now works in the aviation industry.

The last seat represents “prosperity” and was offered to Sian Proctor, a 51-year-old earth science professor who, in 2009, narrowly missed out on becoming a NASA astronaut.

She will be only the fourth African American woman to go to space.

The crew’s training has lasted months and has included experiencing high G force on a centrifuge – a giant arm that rotates rapidly.

They have also gone on parabolic flights to experience weightlessness for a few seconds and completed a high altitude, snowy trek on Mount Rainier in the northwestern United States.

They spent time at the SpaceX base, though the flight itself will be fully autonomous.

Over the three days of orbit, their sleep, heart rate, blood, and cognitive abilities will be analysed.

Tests will be carried out before and after the flight to study the effect of the trip on their body.

The idea is to accumulate data for future missions with private passengers.

The stated goal of the mission is to make space accessible for more people, although space travel remains for the moment only partially open to a privileged few.

“In all of human history, fewer than 600 humans have reached space,” said Isaacman.

“We are proud that our flight will help influence all those who will travel after us.”