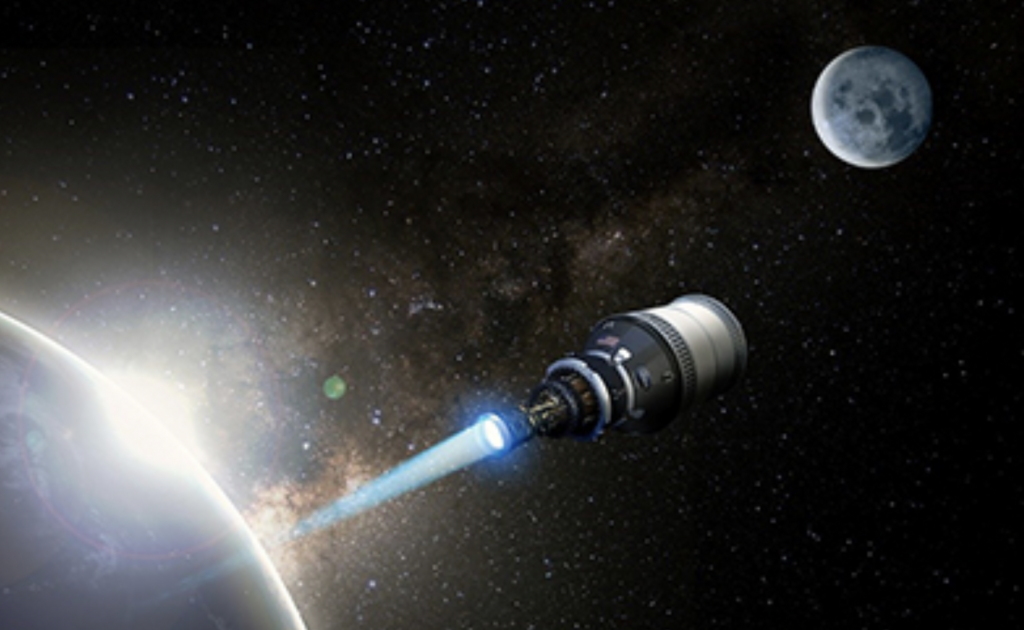 The next phase of DRACO is a ‘full and open competition’

WASHINGTON – The Defense Advanced Research Projects Agency on May 4 issued a solicitation for proposals for the next phase of a demonstration of a nuclear powered spacecraft.

The project, called Demonstration Rocket for Agile Cislunar Operations (DRACO), started over a year ago when DARPA selected a preliminary design for the rocket engine reactor by General Atomics, and chose two conceptual spacecraft designs by Blue Origin and Lockheed Martin.

The next phase of the program will focus on the design, development, fabrication and assembly of a nuclear thermal rocket engine. DARPA will conduct a “full and open competition” so this opportunity is not limited to the companies that participated in the first phase, a spokesperson told SpaceNews. Proposals are due Aug. 5.

The goal is to launch a flight demonstration of nuclear thermal propulsion in fiscal year 2026.

DARPA is investing in nuclear propulsion for space vehicles in hopes of successfully demonstrating an engine that can fly across vast distances in cislunar space, the area between Earth and the moon.

NASA’s Psyche Mission to an Asteroid: Official NASA Trailer
How Big Is Planet Earth?
The Scientist Who Made the Internet Possible | Great Minds: Narinder Singh Kapany
How Saturn’s Moons Could Help Us Live in Space