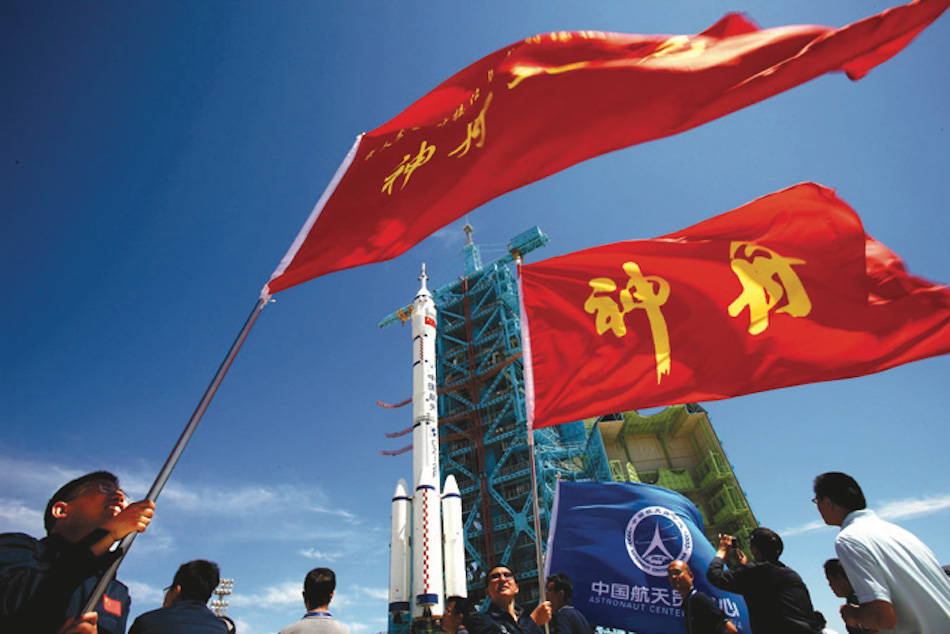 The Pentagon’s trusted capital office was created to help U.S. startups get access to ‘clean sources’ of capital

BOSTON — Chinese investments in U.S. space startups and use of Chinese software by DoD suppliers are issues of growing concern at the Pentagon, officials said.

“I will tell you that supply chain is one of the most important things that we are focused on right now within DoD,” Colin Supko, director of the Defense Department’s trusted capital program, said Sept. 28 at the Space Sector Market Conference.

DoD created the trusted capital program in January due to concerns that China is using its financial clout to access segments of the U.S. defense industrial base.

The trusted capital office encourages venture capital firms to get vetted by DoD so they can be declared sources of “clean capital.” Space is a sector of interest as billions of dollars pour into the industry, making it harder for the government to identify so-called adversarial capital.

“Everybody’s aware that dependence on potential adversaries for some of our critical systems and technology is not in the best interest of the United States,” said Supko, a U.S. Navy captain and tech entrepreneur.

“I will tell you that this administration is looking hard at how to curtail some of those problems and they have some of the smartest people working on it,” he said.

DoD’s trusted capital office is now working with more than 70 startups and 20 venture firms that have $1.2 billion in capital, he said. “Our office was designed to be a due diligence capability for the benefit of the government. If a company gets through the DoD process, they get a ‘warm introduction’ to venture investors.”

“We try to link startups to VC funds that recognize the importance of clean capital,” said Supko.

He said DoD has significant discretion in determining whether certain sources of capital are acceptable or adversarial, in which case a company could be prevented from competing for military contracts.

When foreign entities seek to merge with U.S. companies or acquire them, the deals are reviewed by the interagency Committee on Foreign Investment in the United States (CFIUS) which has authority to recommend that the U.S. government block a transaction on national security grounds. The Defense Security Cooperation Agency also gets to review transactions where the could be foreign “controlling influence,” Supko said.

But even when there is no outright acquisition, the government may still decide to ban a company from competing for U.S. contracts on grounds that it gets adversarial capital. “There’s a lot of gray areas there,” Supko said. “We have to be really careful not to give one company a greater opportunity than another company as there’s nothing illegal about having foreign ownership or specific types of control within a company.”

“Those things are now being discussed at the very highest levels,” he said. The Biden administration “is going to be moving down that path to work with the legislative branch on how to get after that problem set; it’s a pretty wide open problem set.”

Such gray areas and a lack of clarity on how the government decides what investments are acceptable can be a problem for investors and entrepreneurs, said Brett Rome, managing director of Fidelity Investments’ private venture fund. The company has taken equity investments in 11 startups, including three in the space sector.

Fear of being flagged as having adversarial capital drives some companies to be “overly conservative and turn away sources of capital that would probably be okay, just because there’s any hint that there might be an issue,” Rome said at the conference.

“And that is not good because there’s lots of capital that would be totally acceptable, but the companies don’t understand exactly where that line is, and they err on the side of caution.”

“Legal is not the standard in government procurement,” Rome said. A rush to turn down foreign investments because they can’t be 100% traced “can cause companies to lose out on opportunities, and the government to not be able to procure capabilities that they would want.”

Another piece of of DoD’s supply chain security involves making sure that contractors know the sources of their software and components.

The prime contractors selected to build satellites for SDA’s Transport Layer Tranche 1 will be expected to protect the entire supply chain from cyber intrusions, counterfeiting and other threats.

“Obviously I’m concerned about supply chain provenance and interdiction, whether that be for counterfeit or nefarious purposes,” said Tournear. “That is something that we watch because we know we’re in a great power competition and we have to be careful,” he added. “We have to understand exactly what is going into these systems, even as we push to make them as affordable and commoditized as possible.”

Counterfeit parts are a problem in any industry and space is no exception, Tournear said. “We have processes in place that we’ve outlined in our request for proposals about how we plan on addressing those in Tranche 1, and we’re also planning on doing random parts testing, non destructive testing to make sure that the parts we’re using are the parts that we think they are.”

The Most Extreme Complex Life in the World
The Single Celled Dog
Launch Recap: NASA and SpaceX fly Astronauts to the Space Station
Why You See Monsters in the Mirror
First Images of the James Webb Space Telescope (Official NASA Broadcast)