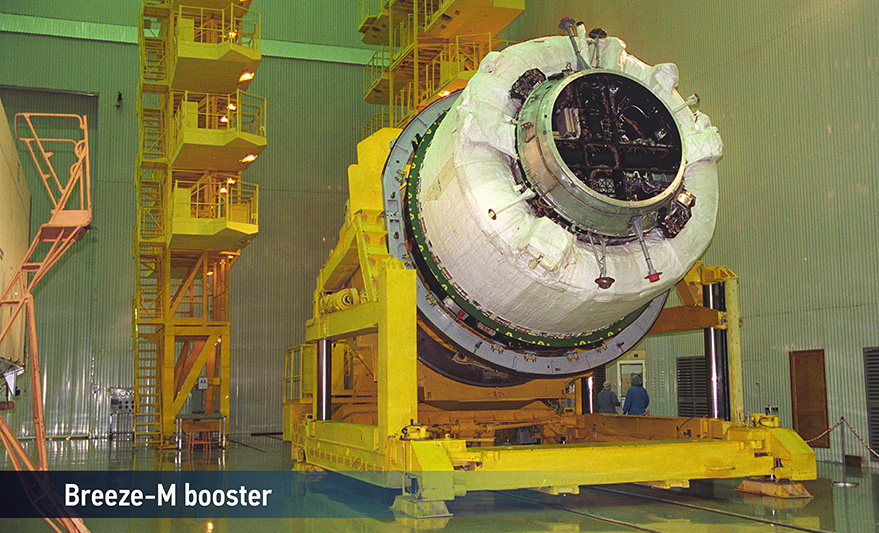 In 2021 the enhanced Proton M launch system celebrates the 20th anniversary since the start of its operation. Since then, 100+ missions have been completed with the last 21 launches being successful (no issues reported by customers). A wealth of knowledge that has been accumulated enables an analysis as to whether customers’ and spacecraft manufacturers’ requirements have been actually met.

As it is known, the Proton M launch system has been developed by the Khrunichev Space Center based on its famous predecessor – the Proton launch system that was initially developed under the leadership of an academician, Vladimir N. Chelomei, and was successfully operated for almost 40 years (300+ missions).

Various engineering and technological tasks have been addressed during the launch system enhancement. The cumulative effect from these tasks enabled to achieve qualitatively new performance features, such as:

This article will focus in detail on the achieved consumer-oriented properties of the launch system which, in our view, will be of interest to our potential customers. 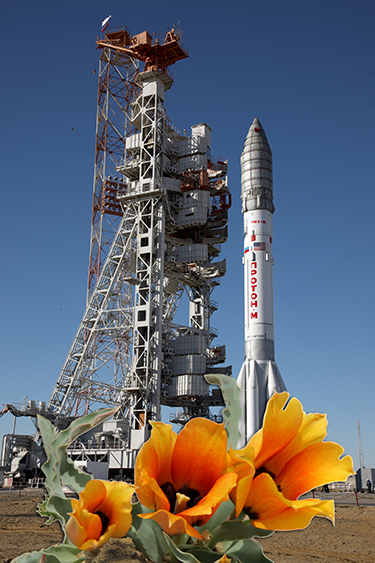 Alongside with the top priority items such as pricing and mission schedule assurance while launching the spacecraft into their designated orbits in a timely fashion, the fulfilment of following technical requirements is also quite substantial:

An important distinctive feature of the heavy-lift Proton M launch system is the use of the Breeze M upper stage as its 4th stage. The Breeze M main engine is capable of restarting multiple times in the zero-gravity environment. This permits to carry out a wide range of missions to insert spacecraft into required orbits when launching multiple payloads.

The data that was obtained during monitoring of the parameters that characterize a permissible level of impact on spacecraft (based on 106 spacecraft) during all processing phases at the launch site and during flight through spacecraft separation from the upper stage demonstrates that all the interface control document (ICD) requirements have been actually met with a 5 … 10% margin (with respect to acoustic, thermal, mechanical loads, accelerations, and other mechanical environment parameters).

Alongside with fulfilling the listed ICD requirements, a high injection accuracy into the target orbit achieved for all of these missions allows customers to have sufficient confidence while projecting spacecraft performance capabilities that will be available when it is put into service. This directly affects the spacecraft lifetime and consequently the financials of the specific project.

Duration of the Breeze M autonomous flight (24 hours) and the capability of its propulsion system to be ignited many times allow to directly inject either a spacecraft (with the mass up to 3.6MT) into any point in the geostationary orbit, or a spacecraft with mass of up to 7.0MT into high-energy orbits that are transfer orbits to the GSO.

This represents a considerable advantage relative to missions accomplished by launch vehicles without upper stages (Falcon-type LVs), as in a number of cases it would require twice as little amount of SC propellant in order to place the spacecraft in its operational orbital slot.

By doing so, it would be feasible to increase the spacecraft’s lifetime versus the planned one by more than 1.5 times, that is, for instance, if the planned SC’s lifetime in orbit is 15 years, then this time period would be increased up to 23 years.

In this event, eight (8) years of additional lifetime would outweigh the costs for both SC manufacturing and launch services.

Launch service pricing for the offered Proton-class launch systems to launch heavy spacecraft may have no significant  difference depending on the launch services provider, while the gain from SC’s lifetime growth exceeds this difference by many times. It is becoming obvious that, when making a decision on the launch vehicle, it would be beneficial to account for the possibility to substantially boost profits of the operating company.

We are currently in the process of releasing a new revision of the Proton Mission Planner’s Guide that reflects the following new offerings/products developed at the Khrunichev Space Center:

These new offerings as well as the readiness (which is based on the already completed design and engineering documentation) to expeditiously, within 18 … 24 months, expand the line of competitive launch service proposals with flexible pricing options for the payloads in the 3 … 6.5 metric ton mass range to be launched to GTO by the two- or three-stage launch vehicle variants (Proton) provide confidence that the Proton launch system will continue its successful operation.

The fact that there are two Proton launch pads at the Baikonur launch site that are up and running, as well as the availability of the highly qualified personnel that has a vast experience in interacting with customers and spacecraft manufacturers implies that we will absolutely and excellently perform in accordance with all the terms and conditions of the launch service customers.

Is That Shiny Thing Pretty, or Are You Just Thirsty?
What Causes Near-Death Experiences?
How a professional cow #hoof trimmer deep cleans #cow hooves. #deepcleaning
Our Next Mission to Mars, and How the Sun Will Kill the Internet
The Most Valuable Thing I Own