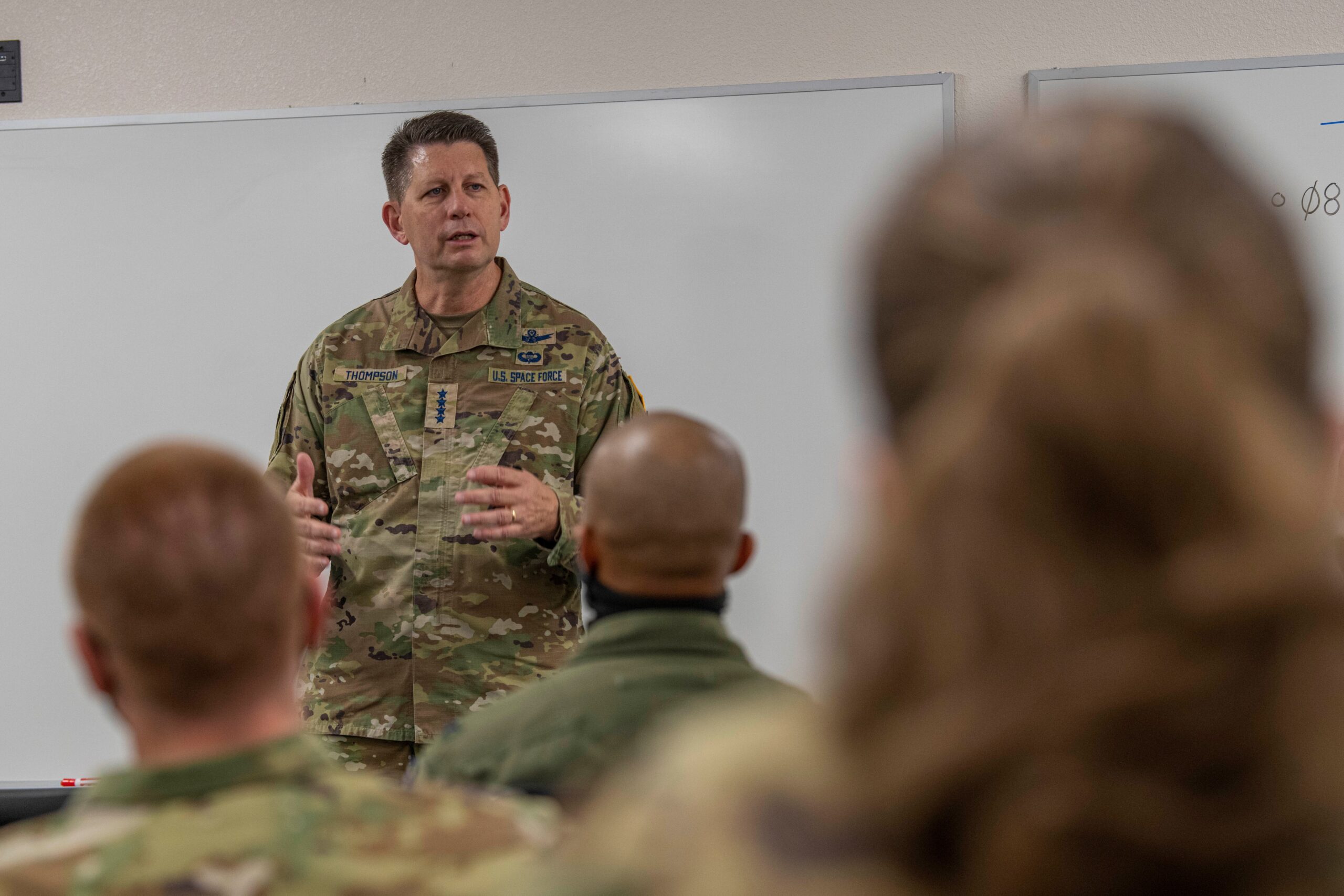 Gen. David Thompson said the Space Force will invest in digital technology for virtual testing and training, as well as facilities

WASHINGTON — The U.S. Space Force in a vision document calls for the service to invest in infrastructure and a skilled workforce to support the testing of new satellite designs and other systems.

In the “Space Test Enterprise Vision” released May 10, the Space Force says the traditional methods for testing hardware and software are no longer adequate to evaluate future systems.

Satellites typically have been tested for their technical performance but not for their survivability against anti-satellite weapons, Gen. David Thompson, vice chief of space operations, told reporters May 10.

Due to these changes, the Space Force has to create a “test enterprise and a culture among testers,” he said. “That’s really what this vision is about, and the infrastructure and the investment we’re creating around it.”

Thompson said the Space Force requested $89 million in fiscal year 2023 to begin the design and development of a National Space Test and Training Complex, or NSTTC. This will include a digital environment for virtual testing and training, and some actual hardware that might be needed for real-world tests.

Funding for this effort is likely to increase in future years, said Thompson. He noted that there is additional money in the Space Force budget for testing and training spread across multiple accounts.

A key change the Space Force is recommending in the Space Test Enterprise Vision is to combine the traditional phases in military weapon systems – developmental testing and operational testing – into a single test activity, said Maj. Gen. Shawn Bratton, commander of the Space Training and Readiness Command, or STARCOM.

STARCOM is the command designated to map out a plan for the future testing enterprise.

“We think that if we can integrate the test activities, it’ll let us be more efficient, faster, and speed up the testing part of the acquisition process,” he said.

The idea of consolidating testing into a single integrated activity has been discussed with the Pentagon’s director of operational testing and evaluation and DoD supports the plan, said Bratton, That said, the Space Force will have to “prove that in execution and gather data to show that it is effective.”

Bratton said STARCOM will take the lead in charting a strategy for future testing and training and will work closely with space acquisition organizations and operational units to make sure all needs are taken into account.

Launch Recap: NASA and SpaceX fly Astronauts to the Space Station
Could Solar Panels in Space Solve all Our Energy Needs?
The Single Celled Dog
The Most Extreme Complex Life in the World
First Images of the James Webb Space Telescope (Official NASA Broadcast)