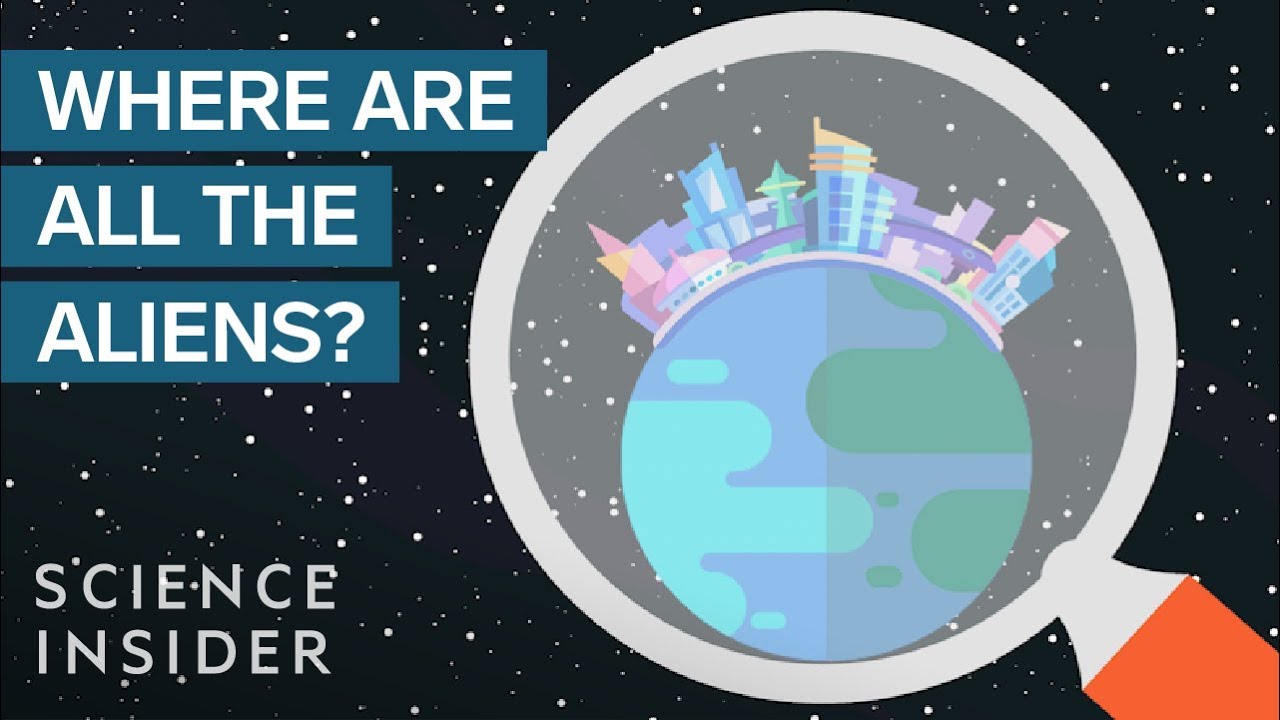 Following is a transcript of the video:
Narrator: Odds are, somewhere among the estimated 100 billion planets in our galaxy, intelligent alien life has taken hold. So the question is, why haven’t we found even a hint of it? While scientists could stick with the classic reasoning that alien life simply doesn’t exist, or maybe it just doesn’t exist near us, mounting evidence to the contrary has inspired an increasing number of experts to explore new avenues of possibility.

In 2017 a team out of the University of Oxford proposed the Aestivation Hypothesis. It’s the idea that most aliens are hibernating, sort of like a bear but for longer. The scientists reason that just about any advanced civilization will eventually merge with machines, forming a fully digitized society that can think, act, and function on levels beyond our imagination. The only problem with that is cooling. Processing systems here on Earth, for example, become 10 times more efficient when they’re in an environment that is 10 times colder. So digital aliens would see the logic of hibernating for a few trillion years or so while the universe expands and cools. That way, they can then devote more processing power toward important activities, like conquering the galaxy, instead of simply keeping their systems from overheating.

Another idea proposed in 2016 is what’s called the Gaian Bottleneck Hypothesis. It addresses the fact that many young rocky planets no older than one billion years have extremely unstable climates, and eventually grow too hot or too cold for life to exist long-term. Take Venus, Earth, and Mars, for example. Four billion years ago, each planet had the right conditions for life, and may have even harbored simple microorganisms. But as far as we can tell, only life on Earth survives today; the reason, according to the Bottleneck Hypothesis, is that early life on Earth evolved rapidly, releasing large amounts of gases like oxygen into the atmosphere that ultimately helped stabilize the climate. But this behavior is likely the exception than the norm. So perhaps the real reason we haven’t found aliens yet is because, well, they’re all dead.

But what if life could flourish in a completely different environment, safe from extreme temperature fluctuations and radiation? That’s what planetary scientist Alan Stern proposed in 2017, about a year after evidence suggested that Pluto harbors an underground ocean. In fact, worlds like Pluto, Europa, and Enceladus, that have an icy shell above a vast subterranean ocean, may offer a better incubator for life than Earth-like planets, which are more vulnerable to extreme temperature changes and high-energy radiation that strikes the surface. If this turns out to be the case, any intelligent life that may be swimming on these worlds would be shut off from the rest of the universe, potentially unable to communicate.

Whatever the reason may be, we must answer the question of how we can improve our search for what would be the grandest discovery in human history.

Why Do We Eat Raw Fish But Not Raw Chicken?
What’s the Hottest Chemical in the World?
Expired Soda Eating Through Metal
Maybe There’s No Phosphine on Venus | SciShow News
The Benefits of Space Station Research and Development on This Week @NASA – July 29, 2022