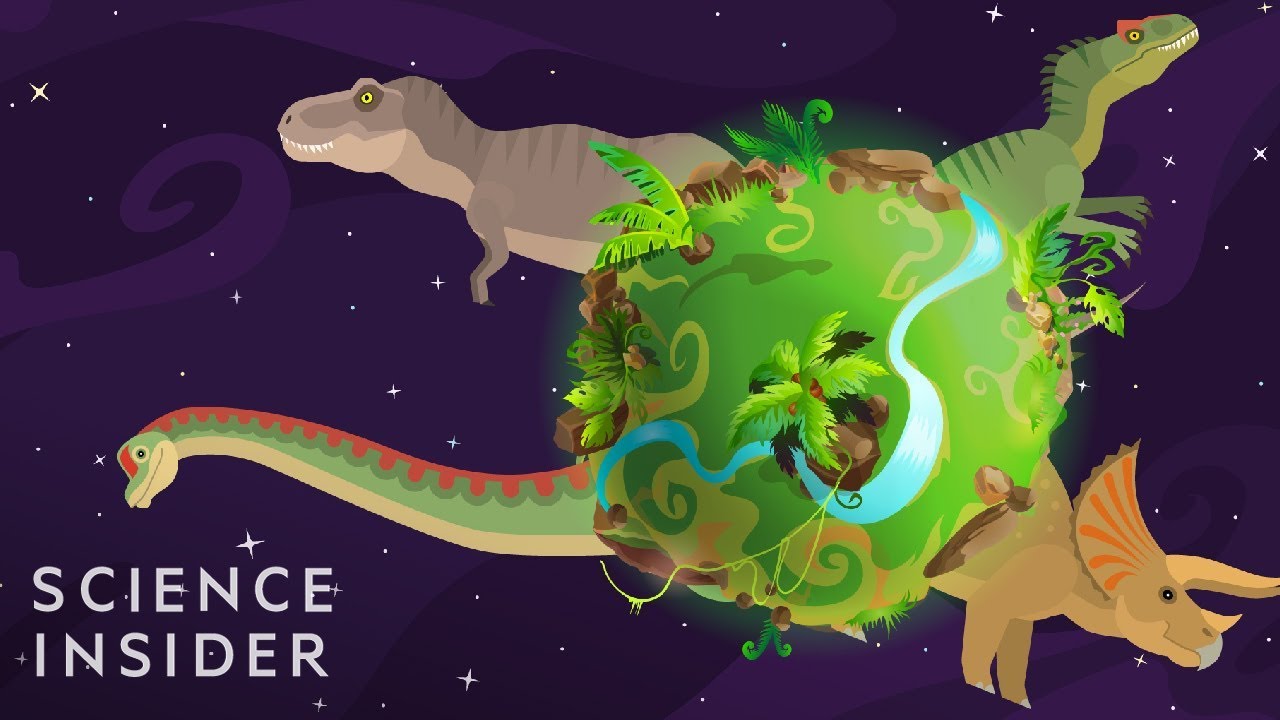 Share on Facebook
Share on Twitter
Share on Pinterest
Share on LinkedIn
Dinosaurs were the true kings of the Jurassic and Cretaceous periods. For millions of years, velociraptor, T-Rex, and your other favorites reigned supreme. But they weren’t always on top. At first, dinos were only the size of a dog, after all. Here’s how dinosaurs conquered the world.

Right now, paleontologists discover a new species of dinosaur every week. And it’s no wonder! Dinosaurs dominated the planet for 135 million years. But they didn’t start out on top.

The first dinosaurs emerged around 230 million years ago during the Triassic Period. Back then, Earth looked very different. Instead of 7 continents, there was just one: Pangea. Even early dinosaurs were nothing like those Hollywood giants.

Eoraptor, possibly the first true dinosaur, was puny. Especially compared to top predators of the day like some of the giant rauisuchians. Over the next 30 million years, new species of dinosaurs and amphibians developed along with the first mammals. Life was flourishing.

Then, 201 million years ago, everything changed. Pangea began to tear apart. The shifting tectonic plates sparked volcanic eruptions, which — over tens of thousands years — TRIPLED the amount of greenhouse gases in the atmosphere and warmed the planet by 3 to 4 degrees Celsius. It vanquished at least 30% of all life in the process.

But for some reason, maybe luck, or some helpful adaptation the dinosaurs sailed on through to the dawn of the Jurassic Period. And over the next 135 million years, they continued to spread, diversify, and evolve into some familiar faces. For example, the first tyrannosaurs sprouted up sometime around 170 million years ago. But don’t get your hopes up these guys were no T. rex.

Turns out, the REAL sovereign of the era was the Allosaurus. Longer than a double decker bus, it dined on sauropods with its meat cleaver teeth. Meanwhile, Pangea continued to pull apart. By 145 million years ago it began to resemble what we see today. Forming isolated pockets, where dinosaurs grew increasingly different from each other. It was the heyday of dinosaur diversity. And a new period: The Cretaceous.

Meanwhile, in Argentina, giants like Patagotitan — the biggest dinosaur on record — turned up around 100 million years ago. But the most frightening of all appeared in the Western US around 68 million years ago. T. rex. The largest carnivore in history. On its own, it was a formidable predator but it turns out the T. rex likely hunted in packs.

And where T. Rex did not roam, other pack hunters filled the niche. For example, in Asia, the small, yet cunning, velociraptor roamed. It was a bad time to be a mammal. And then, 66 million years ago, the Chicxulub asteroid wiped out all the dinosaurs well, almost all of them. One group remained. In fact, their descendants might be sitting outside your window right now.

Birds. That’s right, modern birds ARE dinosaurs! Turns out the legacy of these titans today is … well … dinner.

This video was made in large part thanks to Steve Brusatte and the information in his new book “The Rise and Fall of the Dinosaurs.” What interesting dinosaur facts do you want to know about? Let us know in the comments.

How Burmese pythons became an invasive species in Florida. #burmesepython #invasivespecies #florida
Can Exercise Treat Depression?
What Will Happen to The ISS?
Expired Soda Eating Through Metal
How Words Get Stuck on the Tip of Your Tongue