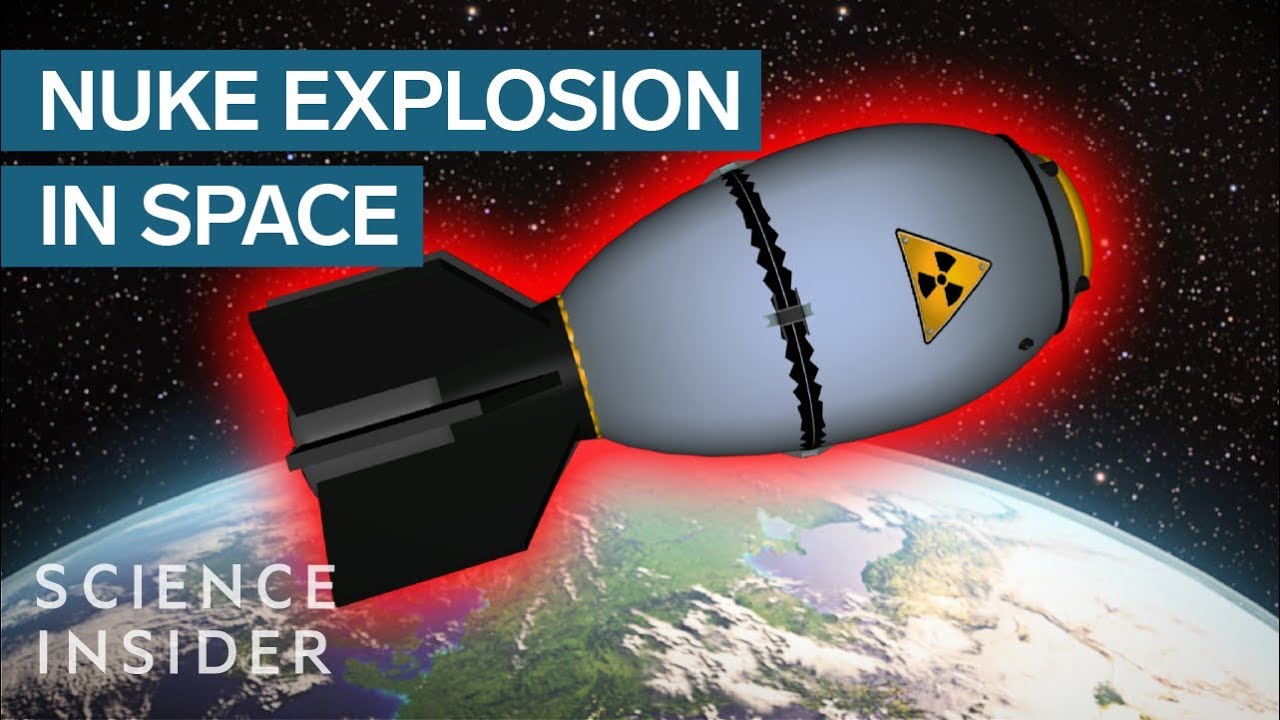 Imagine if we detonated a nuclear bomb in space? Actually, you don’t have to.

You can see it for yourself. That was Starfish Prime — the highest-altitude nuclear test in history. In 1962, the US government launched a 1.4 megaton bomb from Johnston Island. And detonated it 400 km above the Pacific — about as high as where the International Space Station orbits today.

The detonation generated a giant fireball and created a burst of energy called an electromagnetic pulse, or EMP, that expanded for over 1,000 kilometers.

EMPs can cause a power surge, damaging electronic equipment in the process. And this one was no different. Across Hawaii, street lights went dark, telephones went down, and navigation and radar systems went out, not to mention the six, or so, satellites that failed.

And all this came from a 1.4 megaton bomb. Tsar Bomba, which was the largest nuclear bomb that has ever been detonated, was 50 megatons.

So what would happen if we detonated that above the United States?

For starters, there’s no atmosphere in space. So, there would be no mushroom-shaped cloud and no subsequent blast wave or mass destruction. Instead, you’d get a blinding fireball 4 times the size of Starfish Prime’s. And if you looked directly at it within the first 10 seconds, you could permanently damage your eyes.

Satellites wouldn’t be safe either. Radiation from the explosion would fry the circuits of hundreds of instruments in low-earth orbit. Including communication satellites, military spy satellites, and even science telescopes like the Hubble.

Plus, astronauts on board the International Space Station might be at risk of radiation poisoning.

On the ground, however, you’d probably be fine. The detonation point would be far enough away that the high-energy radiation wouldn’t reach you.

But don’t get too comfortable. Remember Starfish Prime’s EMP? This time, the EMP would cover ⅓ of the entire United States, bringing down regional power grids and electronics like a lightning strike.

But it’s not all doom and gloom. The radiation would also interact with oxygen and nitrogen in the atmosphere and create a spectacular aurora near the detonation site, that would last for days.

Now, let’s be clear. This will probably never happen. Super-thermonuclear devices like the Tsar Bomba no longer exist. And even if they did, the Tsar Bomba weighed around 27,000 kilograms. There are only a couple of operational rockets in the world that could manage to lift something that heavy into space in the first place.

So we’re probably safe from that, anyway. This video was made in large part thanks to the calculations from physicists at Los Alamos National Lab.

How Dangerous Is Loneliness, Really?
The Scientist Who Made the Internet Possible | Great Minds: Narinder Singh Kapany
How Saturn’s Moons Could Help Us Live in Space
NASA’s Psyche Mission to an Asteroid: Official NASA Trailer
How Big Is Planet Earth?