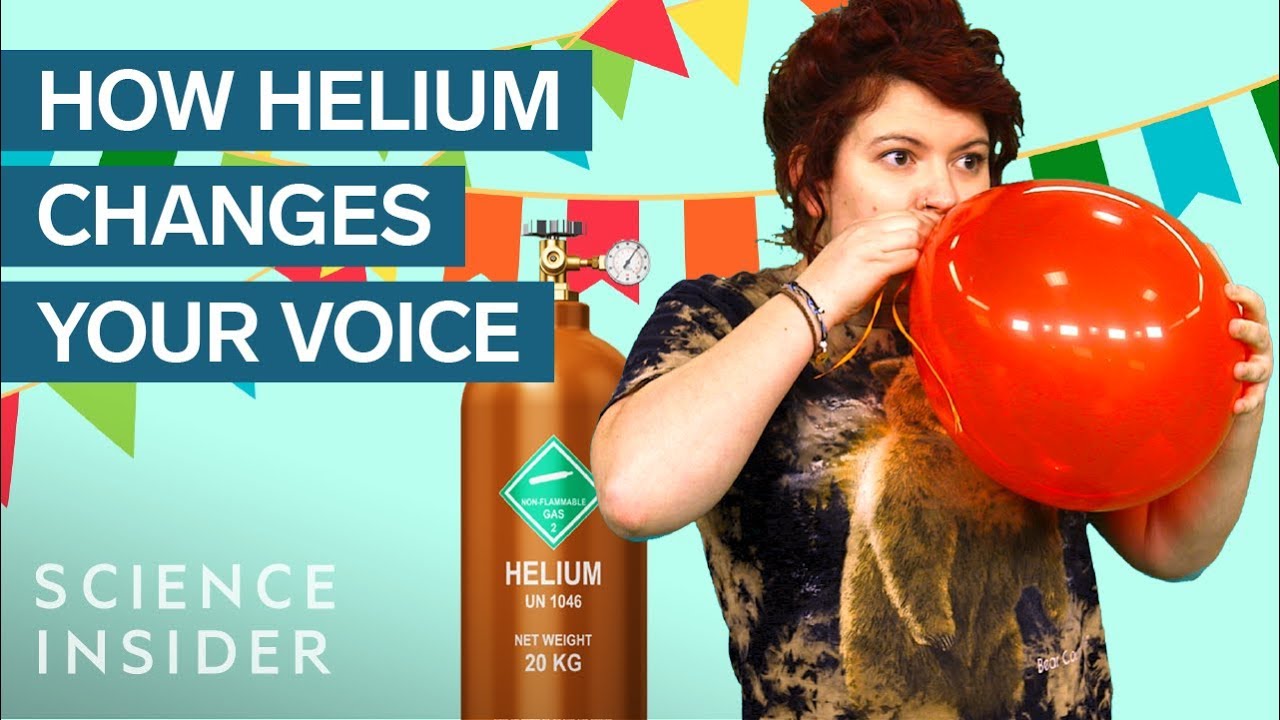 It’s a classic party trick- suck down a balloon and you’ll sound like Daffy Duck every time. But helium isn’t the only gas that’ll change the way you talk. So what’s going on here?

Your voice is as unique as your fingerprint. Janice didn’t inhale a balloon full of helium. That’s just her “normal” voice. So, let’s take a look at how that’s even possible. The sound of your voice starts in your voice box, or larynx. It’s a two-inch piece of cartilage at the top of your throat. In the box are two stretchy strands of tissue, your vocal cords. Which vibrate against each other at a specific frequency when you talk.

Women generally have thinner, shorter, tighter vocal cords than men. So, their vocal cords vibrate faster which generates a higher pitched voice. That sound is called the fundamental frequency of your voice. On its own it just sounds like a simple buzzing. But when it reaches your vocal tract, the sound waves start bouncing around. Those reflections interfere with each other. Which creates a mix of other frequencies, that you can detect with a spectrograph. So even though your voice starts out as one frequency, it ends up as a mix of multiple ones.

And that’s where helium comes into play. Helium is lighter than air. Which means sound moves faster throught helium than through air – nearly 3 times faster, in fact. So the sound waves bounce around faster in your vocal tract, which amplifies the higher frequencies in your voice. It’s sort of like how speeding up your voice makes it sound higher.

But hold on a sec. These people aren’t inhaling helium. They’re sucking down sulfur hexafluoride, which is six times heavier than air. So sound waves move slower through it, which amplifies the lower frequencies in your voice. But here’s the fascinating thing. The pitch of your voice hasn’t changed when you inahle either gas, because your vocal cords move at the same rate no matter what gas you’re breathing. So your fundamental frequency stays, well fundamental.

Regardless of whether you want to sound like Daffy Duck or James Earl Jones, keep in mind that inhaling anything but air can be dangerous. Especially when the gas is denser than air, because it will sink to the bottom of your lungs. And you may have to get it out like this. What questions do you have about the human body? Let us know in the comments and thanks for watching.

How to Get Things Done by NOT Doing Them | Compilation
Can Exercise Treat Depression?
Project Orion: The Spaceship Propelled By Nuclear Bombs
Expired Soda Eating Through Metal
Why Do We Call Them ‘Astronauts’?