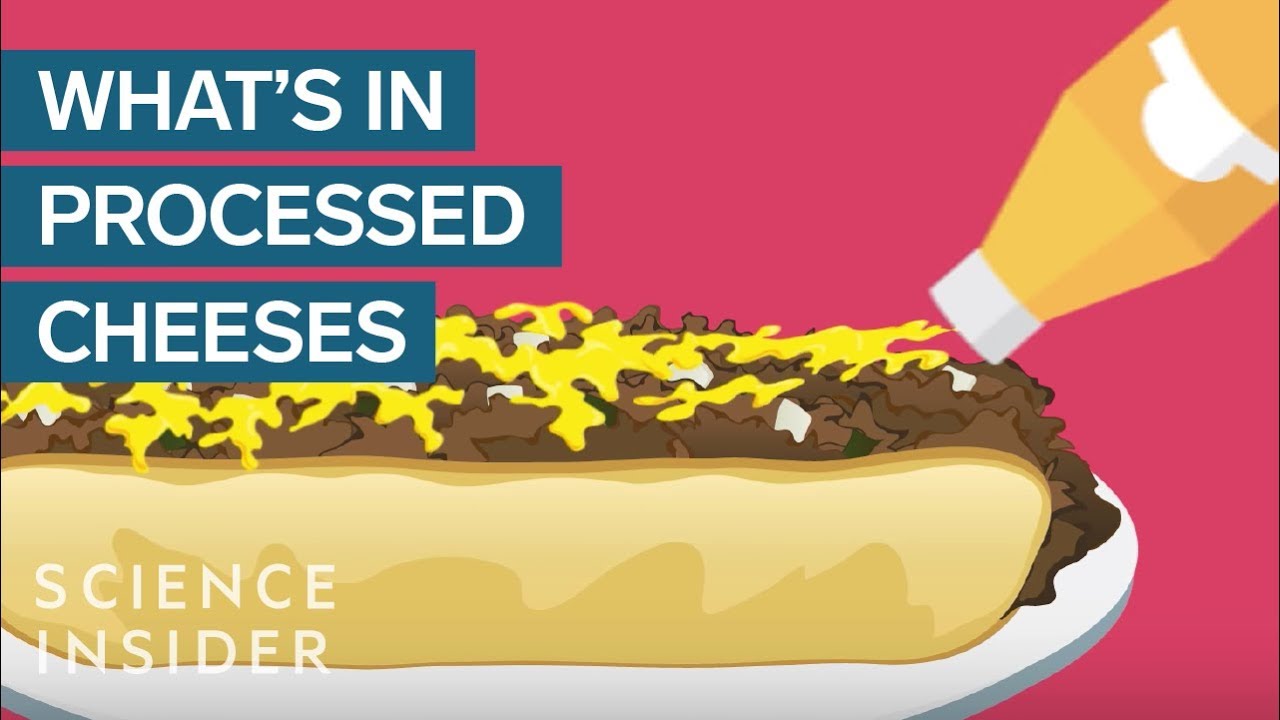 A mixture of older cheeses. They grind them up and they add an emulsifier so that it holds together and it’s processed in a way so that it melts easily.

So, my name is Michael Tunick. I’m a research chemist with the U.S. Department of Agriculture and I wrote the book, “The Science of Cheese”.

Now, there are pasteurized processed cheeses out there and that’s just a mixture of older cheeses and fresher cheeses.

They grind them up and they add an emulsifier so that it holds together and it’s processed in a way so that it melts easily.

Trade name for that would be Velveeta for instance. That name comes from the word “velvet”, meaning the texture. It was invented right before World War I by J.L. Kraft, who was trying to get rid of some of his older cheeses so he mixed it with some of his newer cheeses and came up with Kraft American Cheese.

Ever since then, cheese companies have been doing that kind of thing.

They have to follow certain moisture and fat limitations and sometimes they have to be able to melt at a certain temperature or things like that.

If it falls outside of those regulations, then the manufacturers call it some other things, but it is something that is found a lot in processed food. Philly cheesesteaks usually have cheese whiz melted on them. That is a pasteurized, process cheese. It’s something I would eat too, except it’s not going to be nearly as good as a regular natural cheese.

What’s Really Inside Kraft Singles And Other Processed Cheeses?

How Vegan Leather Is Made From Mangoes
How Steel Bicycles Are Made | How It’s Made
The most famous pulsar in music history
How It’s Made: Pet Combs
There’s another Milky way out there